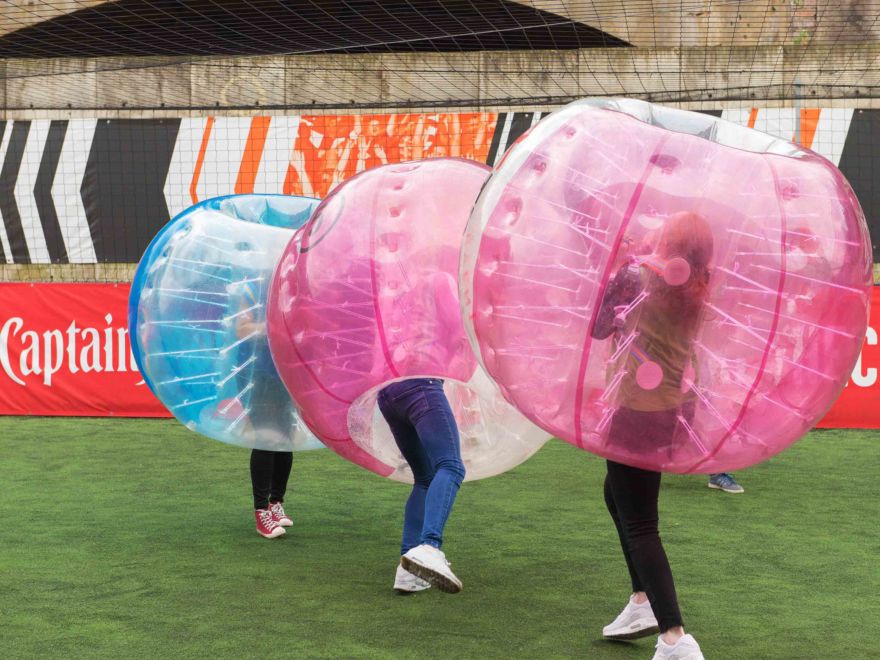 You’ll be having a ball with Zorb bubble games team building in Newquay! The pun was intended because with this wacky activity, your co-workers will be put inside bubble suits and going head to head in a series of hilarious and action-packed games. Bulldog and relay races can be challenging enough as it is but imagine wearing a giant inflatable ball the entire time with far less mobility, speed and perception as usual. It’s terrific bashing and crashing into your colleagues in the most hilarious and childish way possible and it’s a brilliant way to bring out everyone’s competitive side. Watching over the wonderful Zorb chaos will be an event co-ordinator who will act as referee to the event as well as ensuring everyone is safe and having a brilliant time.