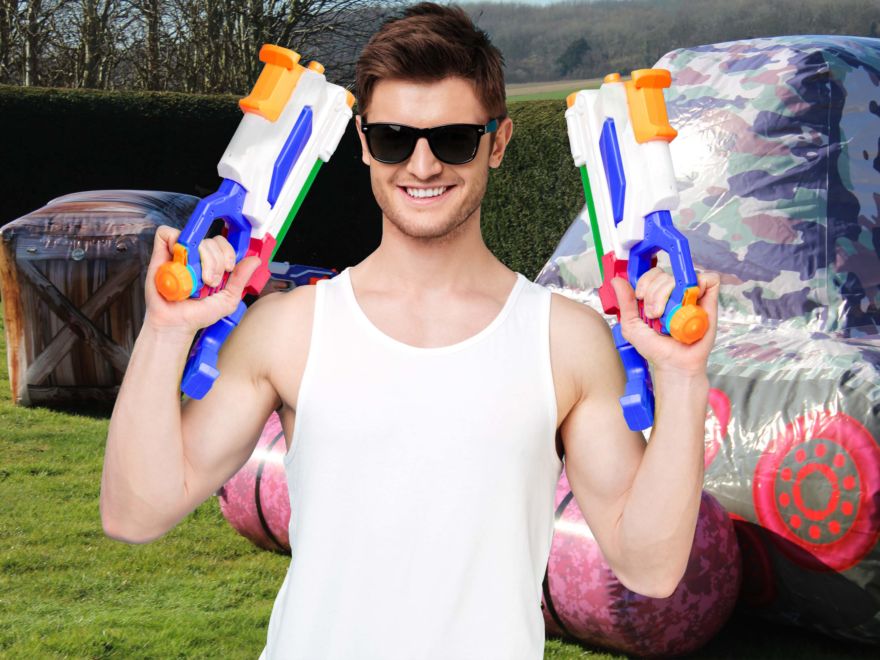 Organising a stag do for an adrenaline junkie groom to be? Why not blast your way into your celebrations with a Nerf War stag do experience! Break the ice with a light-hearted hour of competitive fun, putting you and the guys to the test to see how good your aim really is. Fully organised, fully action packed and fully loaded, what better way to send your groom to be off into married life? The Nerf war experience is the closest thing to your favourite action movie or shooter game and can range from a full-scale war to a small skirmish depending on your group size.

The Nerf War stag do event lets you and the lads get down and dirty for once, and pits two teams against each other to see who comes out on top. On the day, your whole hour session will be led by an instructor, who will also act as the referee so none of your guys get out of line! After a quick safety brief and explanation of the activity, it’s time to sink your teeth into the battle of the century. Split into teams and get geared up with safety glasses and war paint, ready to bring out your competitive streak – plus the gear is good for a cheeky photoshoot before you go against your rivals.

Load up your very own nerf guns, duck behind inflatable barricades and tanks and try your very best to snipe the other team and claim the victory. Throughout the Nerf War stag do, you’ll play a variety of battle games to make the whole combat experience a memorable one. To make things even more interesting, every single guy will get unlimited ammo, so you better watch your back from all angles. When all is said and done, your teams will come together and the ref will reveal the winner, passing them medals for their brave efforts on the battlefield. 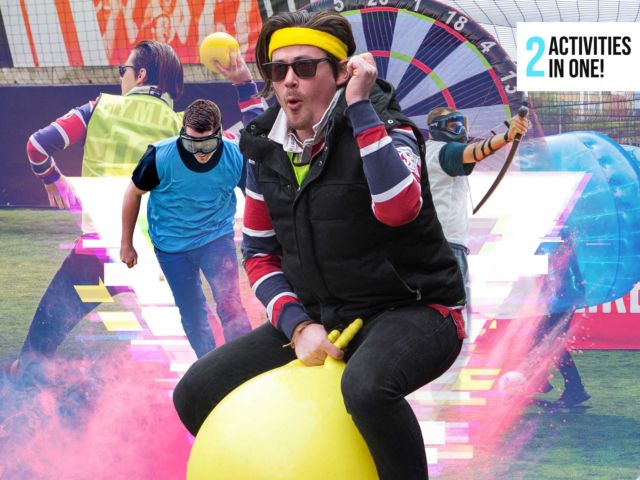