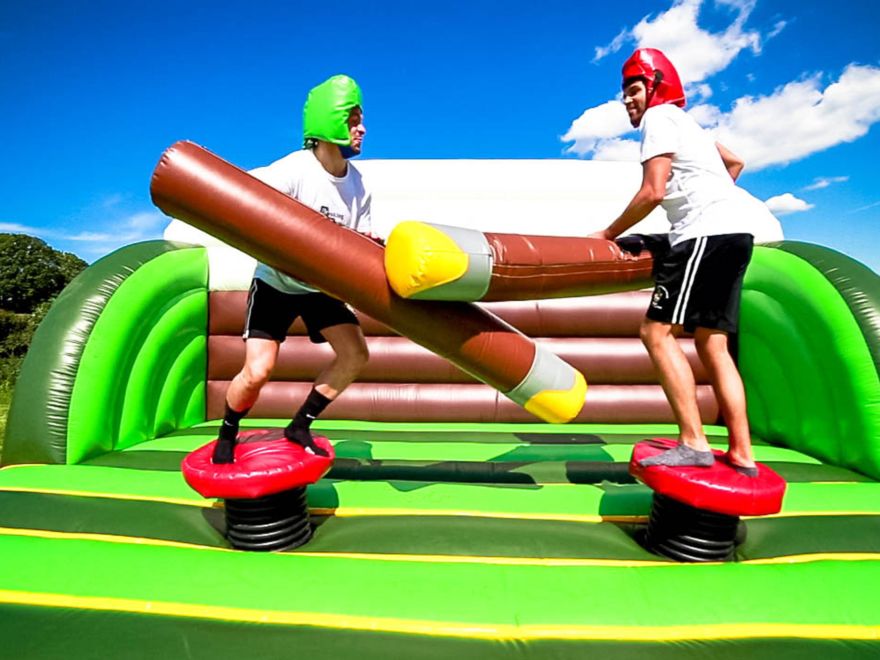 Organise something different for your group event with the utterly hilarious West Country games for groups in Bath. This unique little experience is jam packed with inflatables, challenges and West Country themed games that will have you howling in the hay before you know it. For a few hours, you and your group will compete in a variety of different games, all with the same theme. To give you a quick taste of what you have to look forward too, they’ll be Mangold Dangling (cider themed of course) and an epic Wurzel Knockout which may or may not involve water bombs.

To help you get the most out of your West Country games for groups, the whole thing will be organised for you and ran by an events co-ordinator on the day. This means while you’re diving into different challenges and racking up a group score, someone will be keeping an eye on the tally! It also means that all you need to worry about is bringing your A game (West Country style of course), some old clothes you don’t mind getting dirty and the rest is ready and waiting for you to enjoy.

Pitch Fork Duel - Battle against your group with inflatable pitchforks and test your balance while trying to wipe them off their podium!

Tractor Tyre Rolling – Competing against each other, your group will have to roll 4 different sized tractor tyres as fast as you can to the finish line!

Vicky Pollard Handbags – It’s all in the name, two of the group will be pinned against each other, aiming to hit your opponent with a handbag while wearing hilarious, inflatable costumes!

Farmer's Shower - This one is of course optional – Place one of your group in the 'Tractor Seat of Truth' and ask her a selection of questions, wedding themed or not, not the group think of. The end result is up to you... will your bride to be end the day covered in the dirty ditch water or be saved?