The Best Pubs Dusseldorf has to Offer 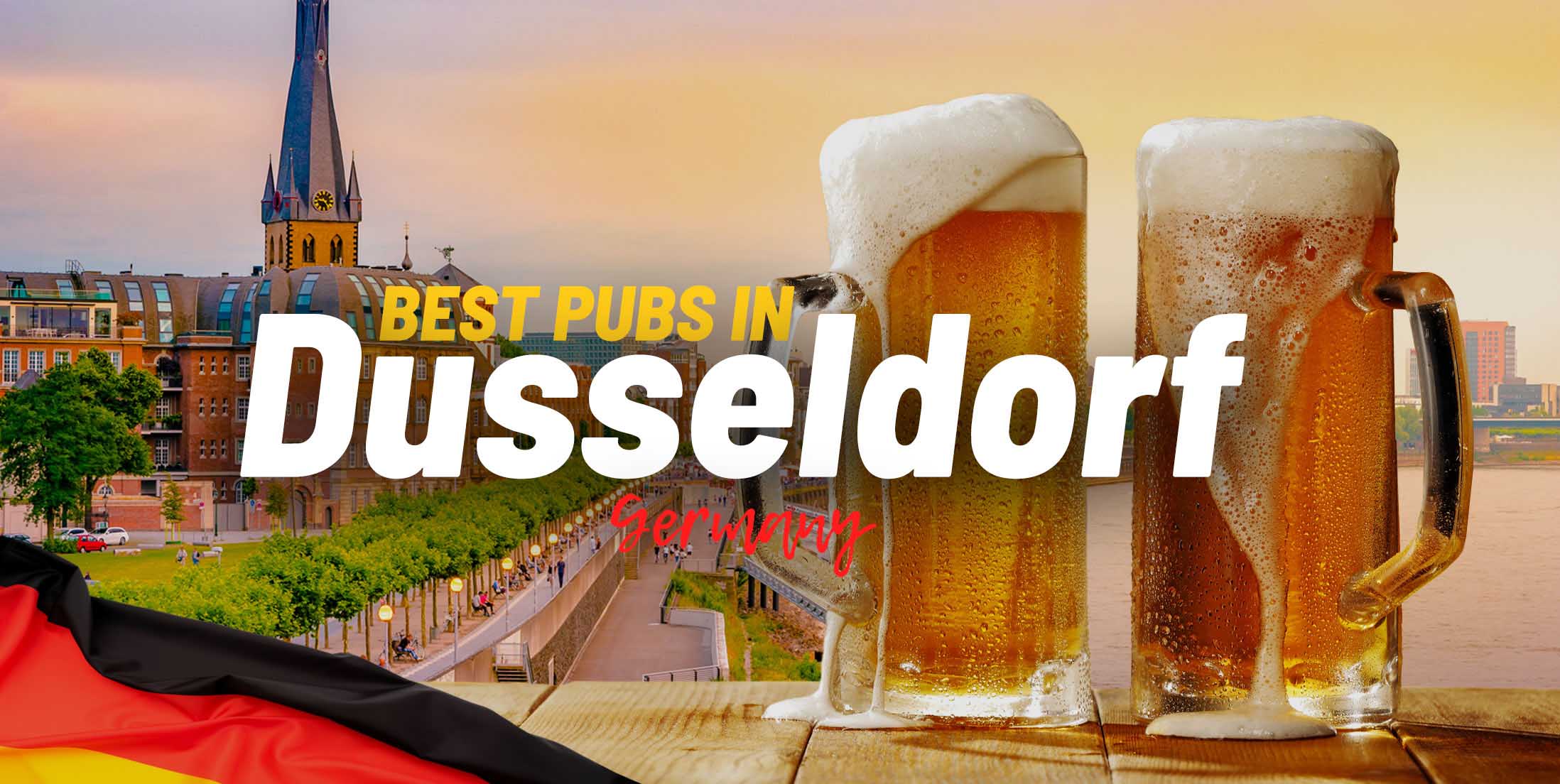 Bringing the lads along for a stag do in Dusseldorf, then you’ll definitely want to check out all the best pubs in Dusseldorf before the last night of freedom!

A firm favourite when it comes to stag groups, Dusseldorf is noted for its amazing nightlife scene, great places to eat and, of course, places to drink! With tonnes of microbreweries and gastropubs all over the city, we’ve put together a list of the best pubs in Dusseldorf for you to cut out the confusion – Take a look. 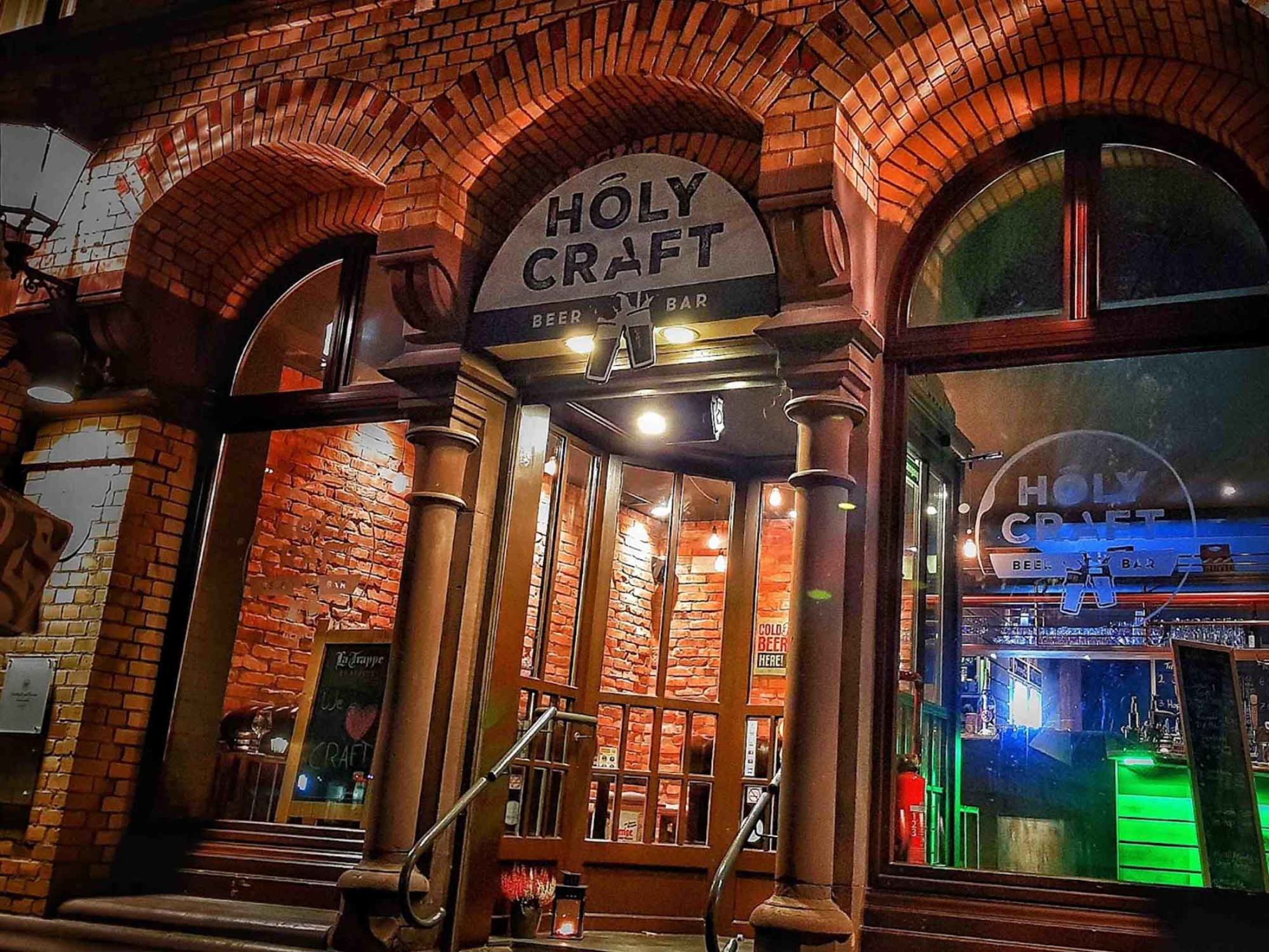 Situated just a short walk from the city monument and the Rhine River you’ll find Holy Craft Beer Bar, a fantastic Dusseldorf pub that constantly rotates a series of fantastic craft ales and lagers brewed right there on-site. As well as locally-sourced beers, you’ll also find some brilliant international favourites here too with a fridge stocking tonnes of cans and bottles from all over Europe and the rest of the world. With lots of space to get sat down inside as well as a covered terrace outside, this place is a great stop-off point on your Dusseldorf night out. 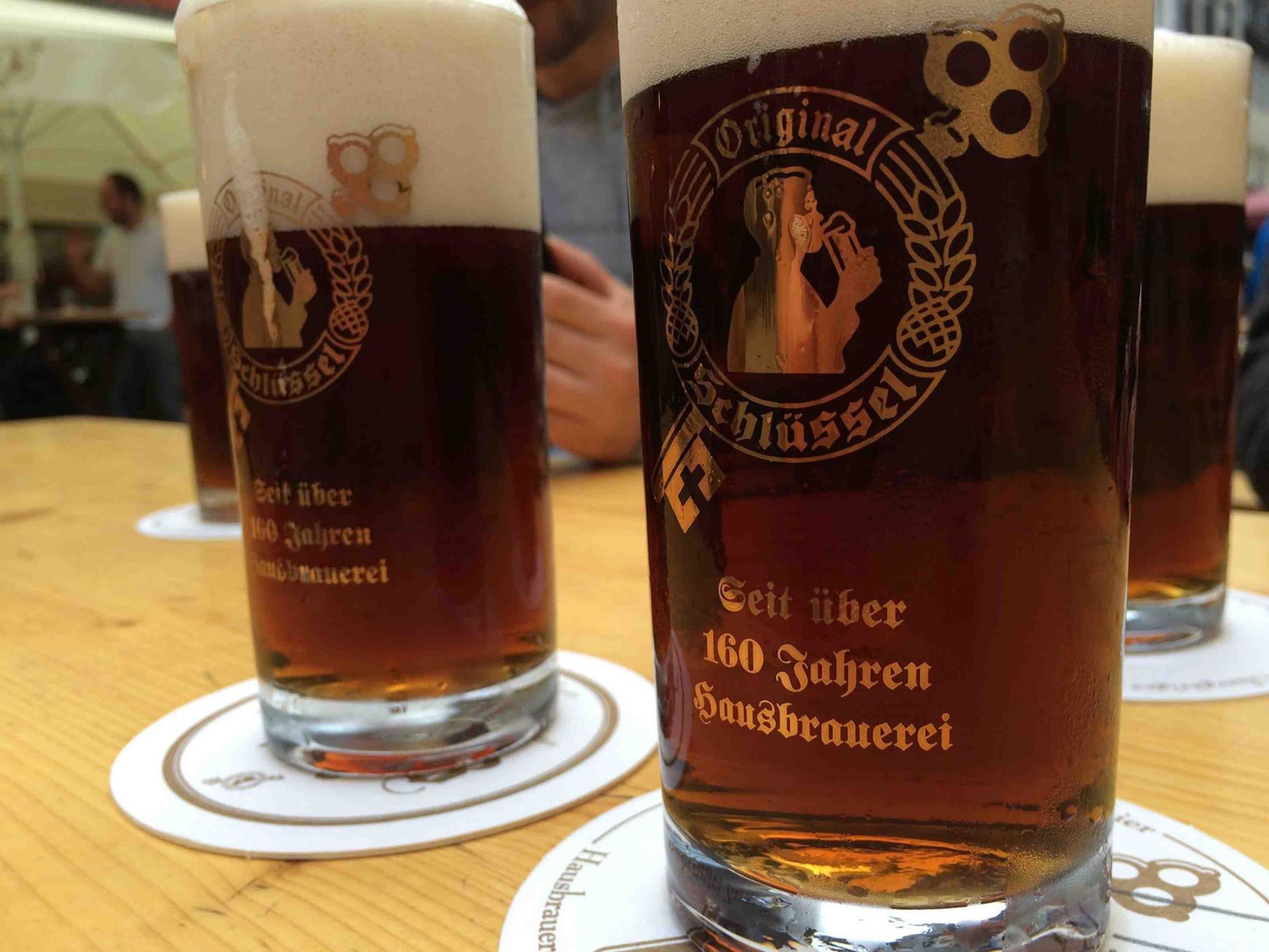 One of the oldest brewery pubs in the city, the Brewery Zum Schlüssel boasts all the traditional charm you’d expect to find at an historic German beer hall. Open ‘til late throughout the week, this Dusseldorf pub serves up its namesake beer Schlüssel and all its varieties at great prices. With a huge dining space inside, this place also boasts a great beer terrace which is perfect for enjoying a few pints outside in the sun. If you’re feeling a bit peckish as well, you’ll find a host of classic German cuisine on the menu here too! 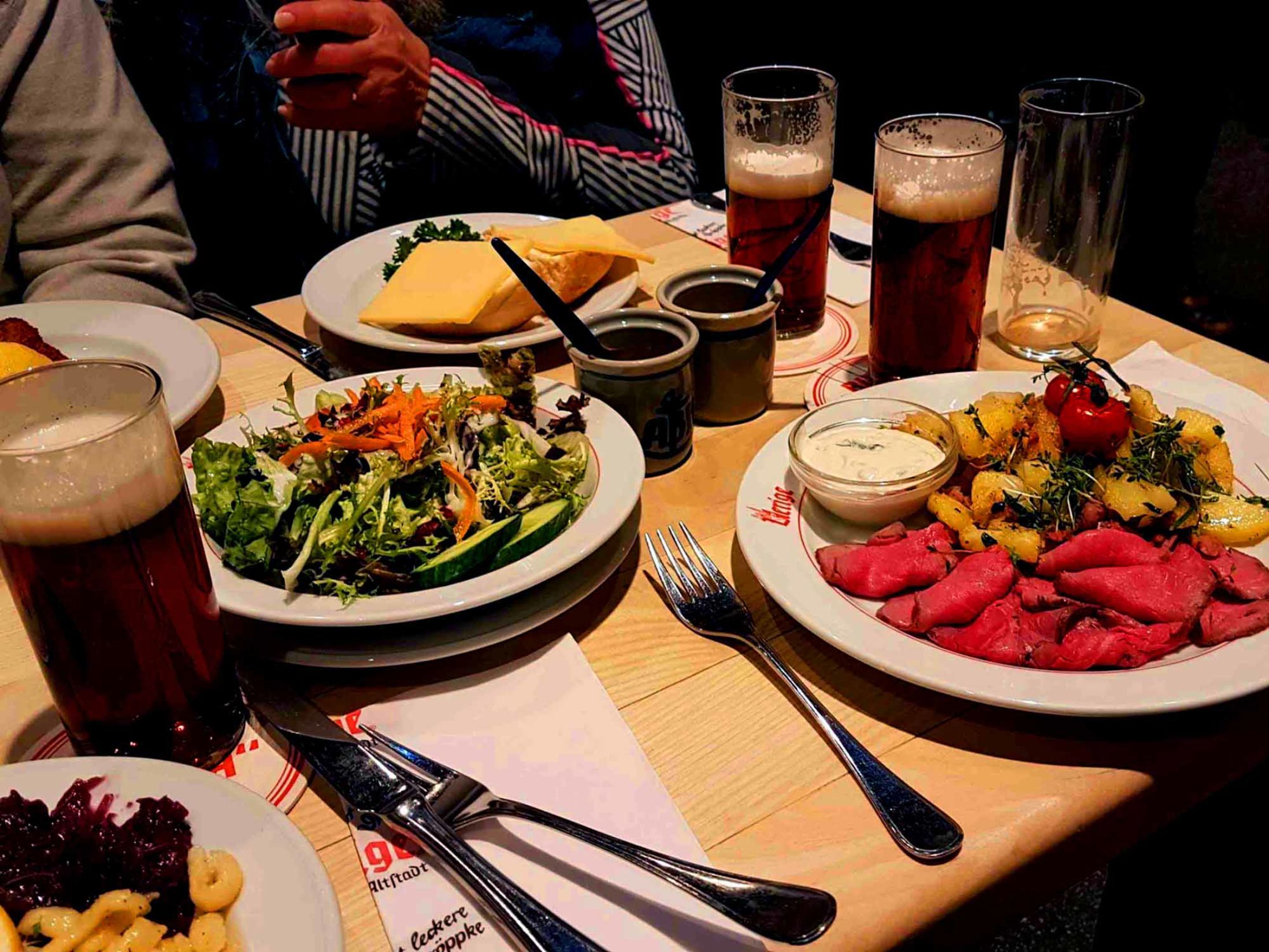 With a large brewery on-site offering tours to the public, Uerige Dusseldorf is another one of the oldest breweries in the city, first mentioned back in the early 1600s. Priding itself on maintaining the ‘altbier’ style of brewing beer using wooden cask barrels and gravity pouring, this is the place to be if you’re looking for proper fresh beer! With a traditional laid-back atmosphere inside, there’s never a bad time to pay a visit to Uerige. 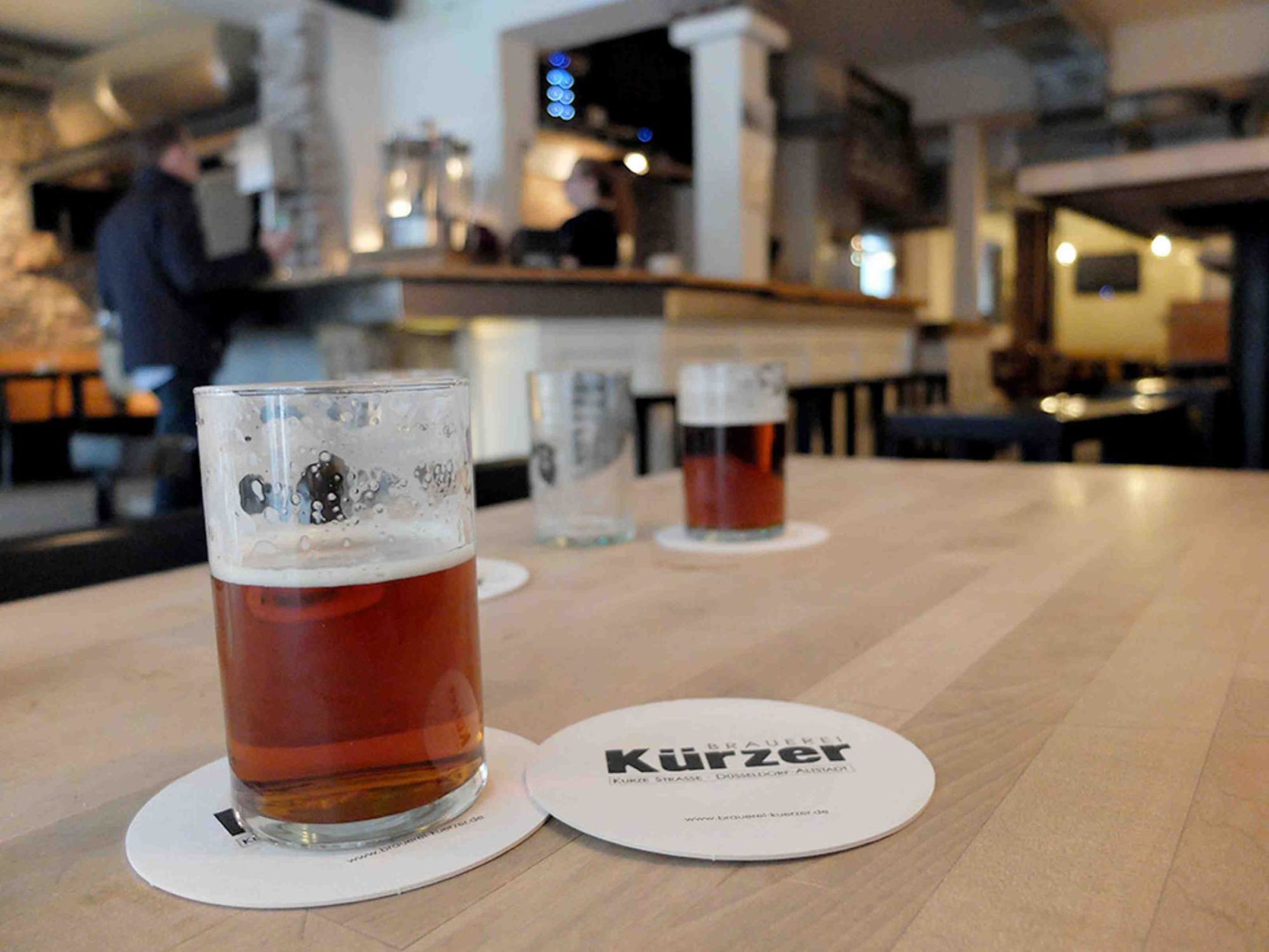 A modern take on the microbrewery, Brauerei Kurzer is a lively and exciting Dusseldorf pub that also brews its on brilliant beer right on the same site. Despite only being a small venue, this place gets absolutely packed towards the later hours of the day, so make sure you get here in good time if you plan on spending a decent amount of time here! There’s also space outside to the front of the venue to enjoy a few drinks too, so if you’re planning a big night out in the city then you’ll definitely want to consider stopping off here. 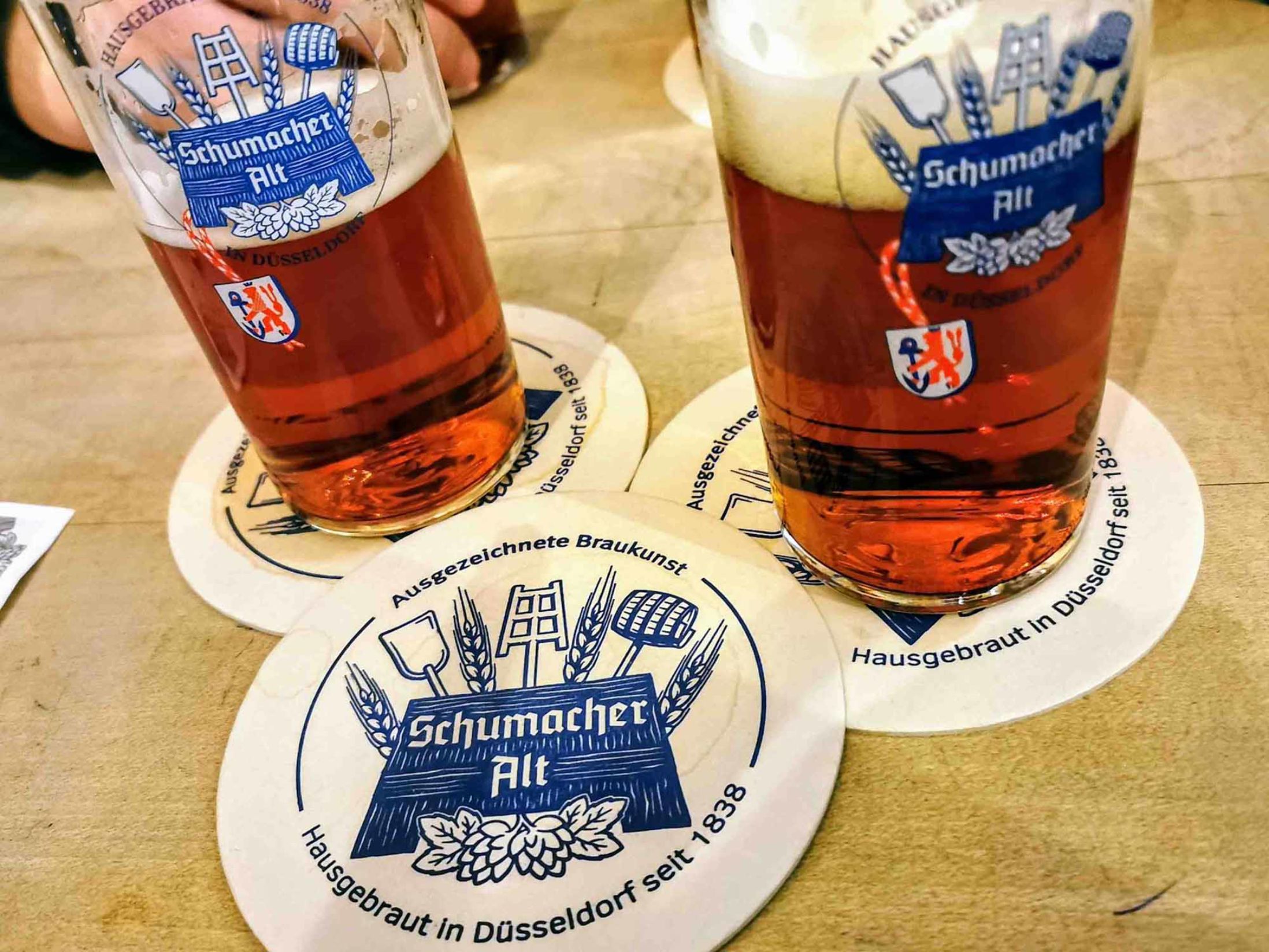 First opened in 1838, Im Goldenen Kessel (“The Golden Cauldron” in English) was founded by the Schumacher Brewery, now the oldest brewery of its kind still operating in the city. When it comes to Dusseldorf pubs, this place ticks all the boxes with its cool and laid-back traditional atmosphere as well as serving up some amazing German cuisine like schnitzel and pork knuckle. Situated right in the heart of the city, this place is definitely worth a visit whilst exploring Dusseldorf. 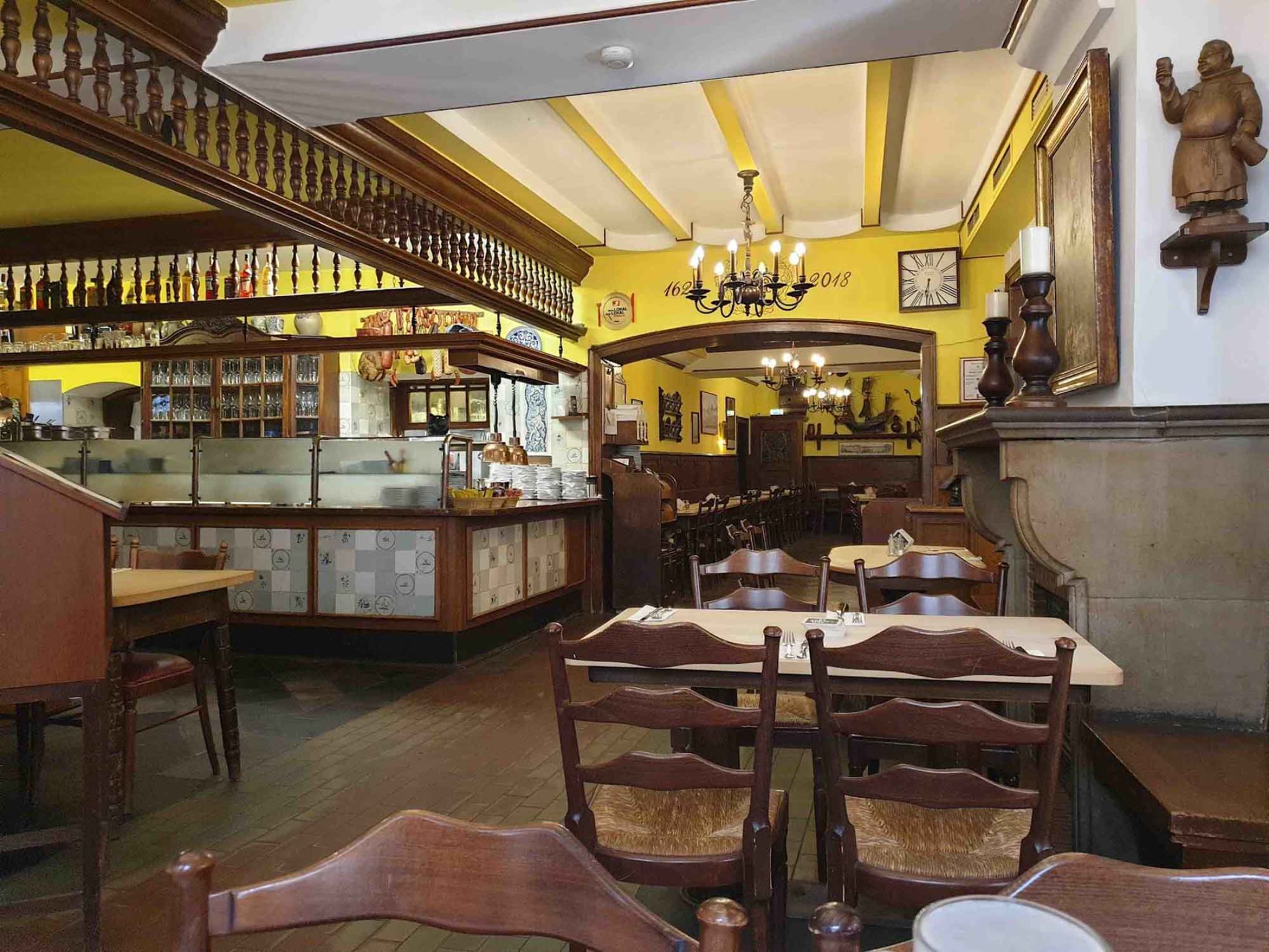 Another long-standing Dusseldorf pub, Brauerei Zum Schiffchen has stood in the heart of the city since the 1600s and is packed full of traditional German charm and atmosphere – making it a great place to stop off for a pint or two! In fact, this place was even visited by Napoleon himself! Inside, this place boasts large vaulted ceilings and beer hall-style seating throughout, as well as a small terrace to the front of the venue. Staying open ‘til late throughout the week, this Dusseldorf brewpub is worth checking out. 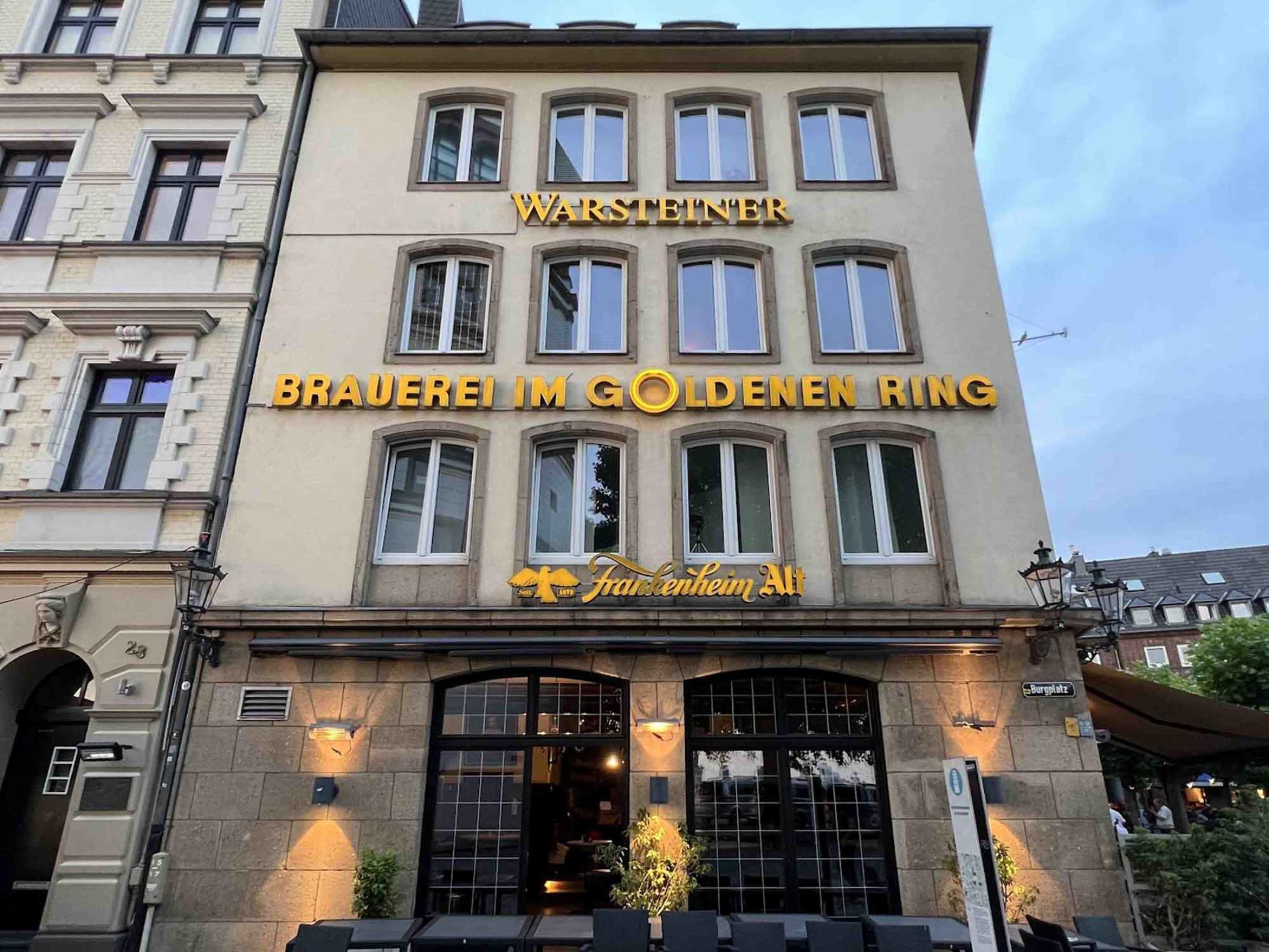 A Dusseldorf pub that’s been a staple in the city since the 1500s, Im Goldenen Ring (The Golden Ring) is a brilliant place to enjoy some local beers, stocking the likes of Warsteiner, Frankenheim and Alsterwasser to name a few. Situated on the Bergplatz right next to the Rhine River, this traditional German brewpub also has a large menu full of traditional food if you fancy a bite to eat as well. With a large terrace on the public square as well, it’s the perfect place to enjoy a few pints in the sunshine. 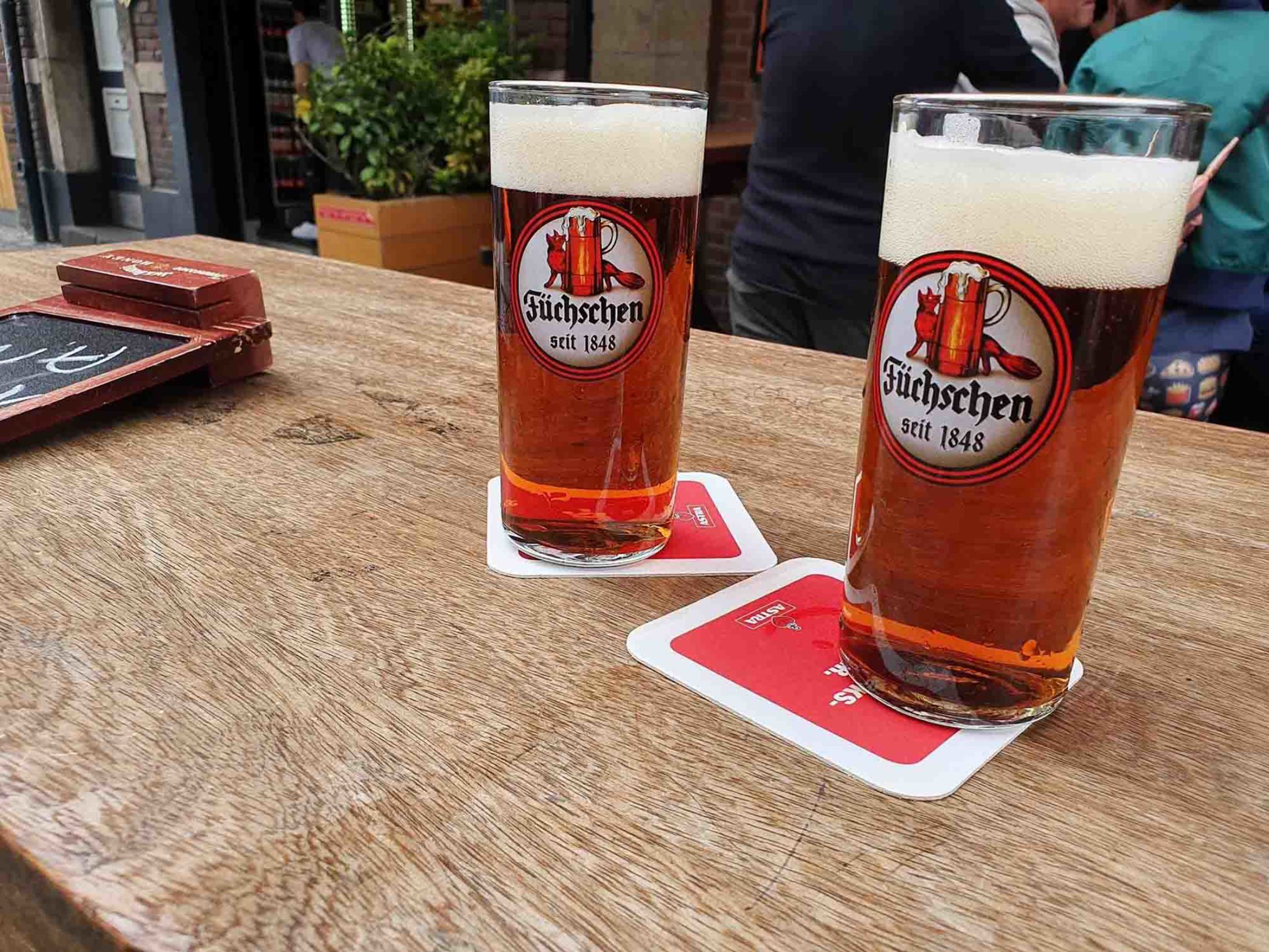 Another fantastic Dusseldorf pub that stays open well into the early hours on the weekend, Meilenstein Dusseldorf is a lively and popular place to try a range of local beers. Known for its party atmosphere, this Dusseldorf pub has a reputation for staying open past midnight on the weekends and is often packed full of punters late on Fridays and Saturdays. With a large street-side terrace as well, this place is well worth visiting for the vibes alone! 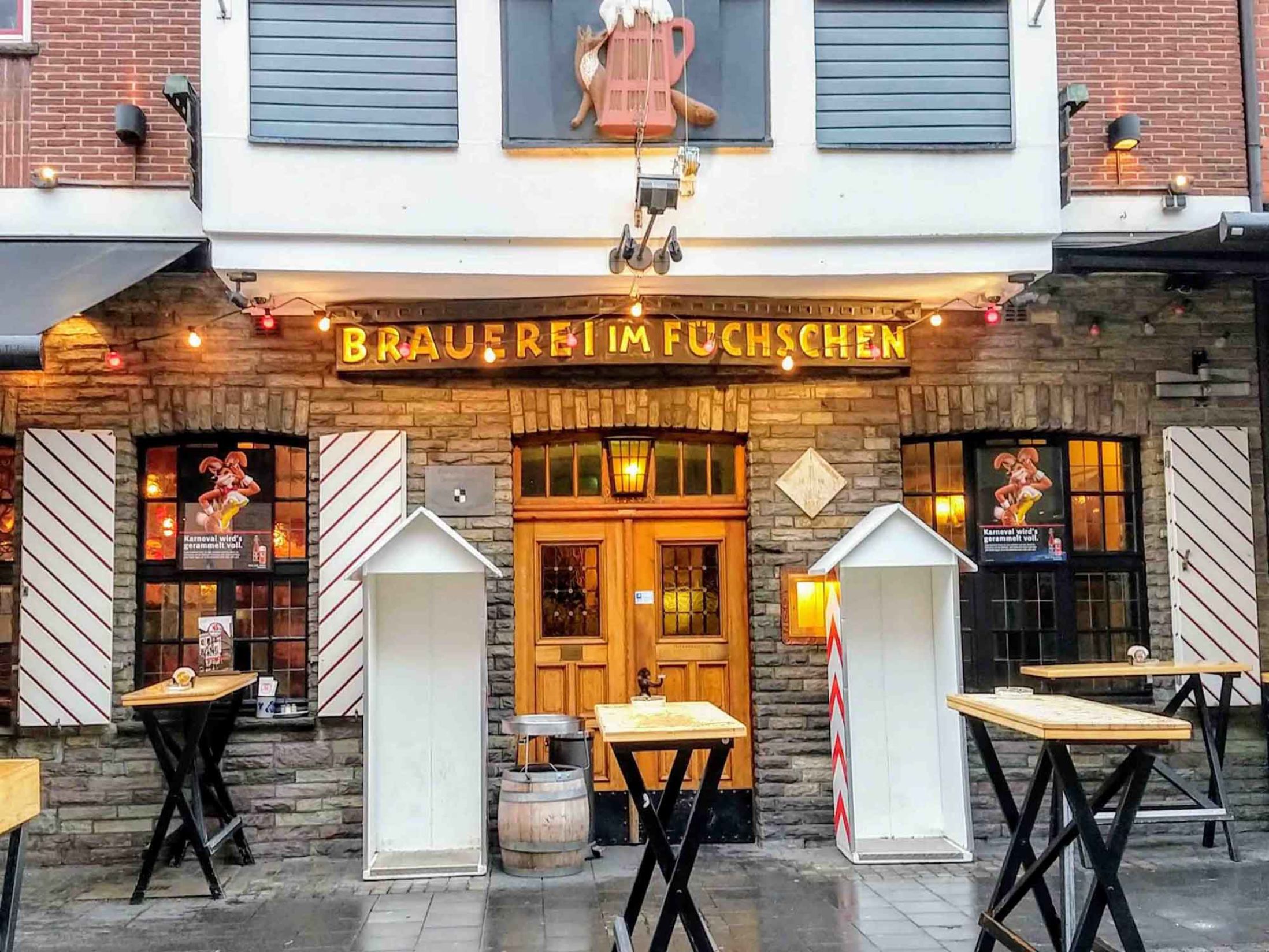 Home to Füchschen Pils and Altbier, the Brewery im Füchschen has been a long-standing beer producer in the city, first serving up amazing pints in the 1800s. Situated just a few doors down from the last entry on this list, this Dusseldorf pub has a cool traditional atmosphere inside with a mixture of old and modern décor. With loads of space to get sat down inside, this place also boasts a large outdoor terrace area for the warmer months of the year. Staying open ‘til late on the weekends, there’s never a bad time to stop off here for a few pints. 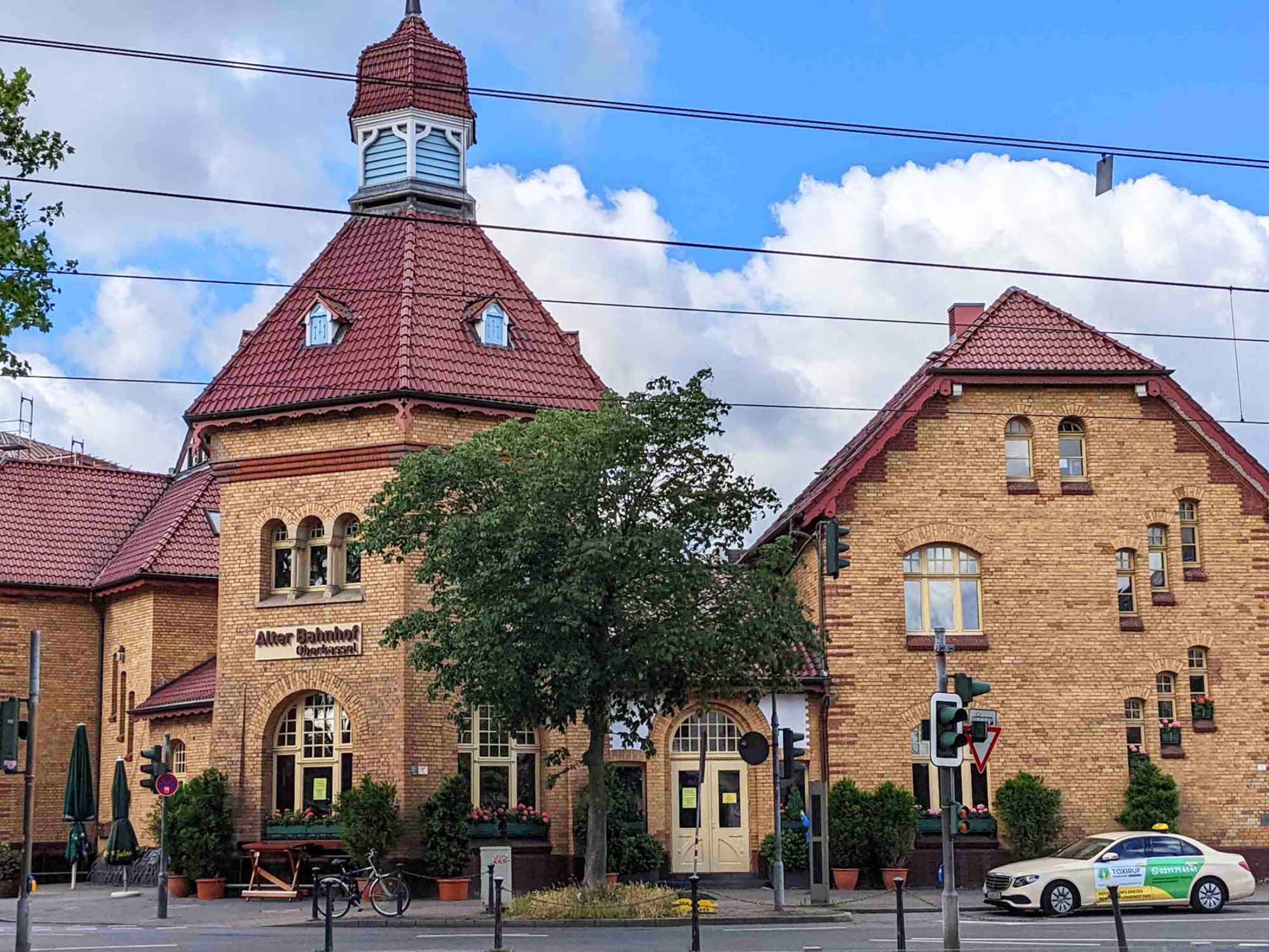 On the other side of the River Rhine you’ll find Alter Bahnhof Oberkassel, which translates to “The Old Train Station”. With huge brewing vats on-site, this Dusseldorf pub has a great selection of regional beers including Krombacher as well as their house beer being Gulasch Altbier. Inside, this place is decked out like any other traditional German beerhall, with one awesome feature to look out for – The big copper pipes pumping fresh beer around the building!

We send hundreds of lads on their perfect stag do in Dusseldorf. We also offer amazing Dusseldorf hen parties for the girls as well!