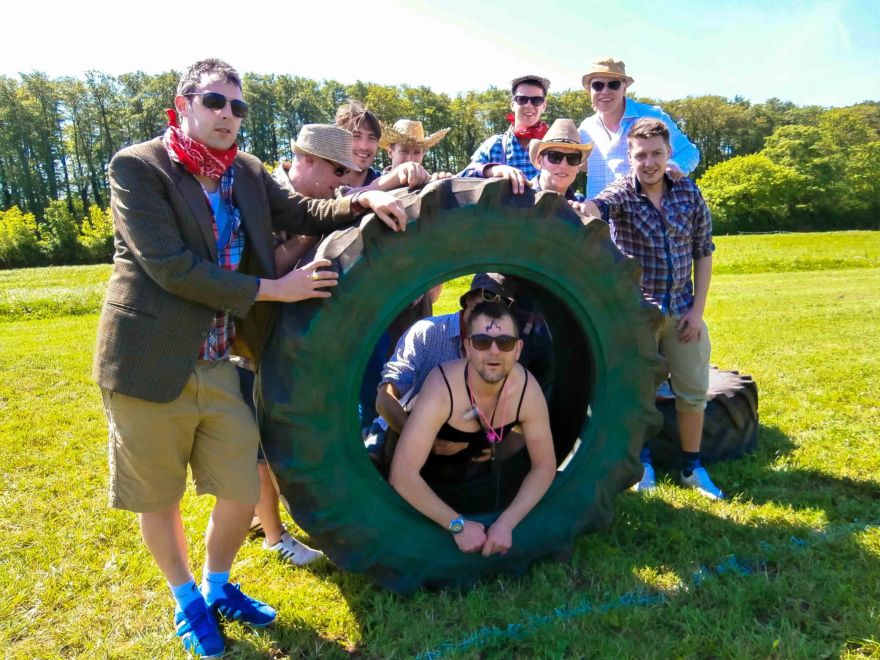 Don’t just opt for the classic stag night out, try something new and enjoy the hilarious west country games stag do in Bath. This wacky experience is sure to take the lads by storm and give them something to talk about, offering up nine different challenges to complete in teams – prepare yourself fellas, it’ll get competitive! From giant inflatables to ridiculous races, all the lads can jump into teams and get involved in this seriously unique activity, just make sure you bring some old clothes (or fancy dress) and we’ll sort the rest for you.

Whether you’re a proudly from the West or you just want to dabble in some hilarious traditions with a twist, the west country games stag do in Bath is just the experience for you. From the classic Cider Run to a bit of Welly Wanging (it’s not what you think fellas), this jam-packed event is a fully organised extravaganza full of inflatable fun, a bit of competition and a variety of challenges that are sure to get the guys rolling around with laughter.

Pitch Fork Duel - Battle against your fellow stags with inflatable pitchforks and test your balance while trying to wipe them off their podium!

Farmer's Shower - This one is of course optional – Place your groom to be in the 'Tractor Seat of Truth' and ask her a selection of questions, wedding themed or not, not the stag group think of. The end result is up to you... will your bride to be end the day covered in the dirty ditch water or be saved?