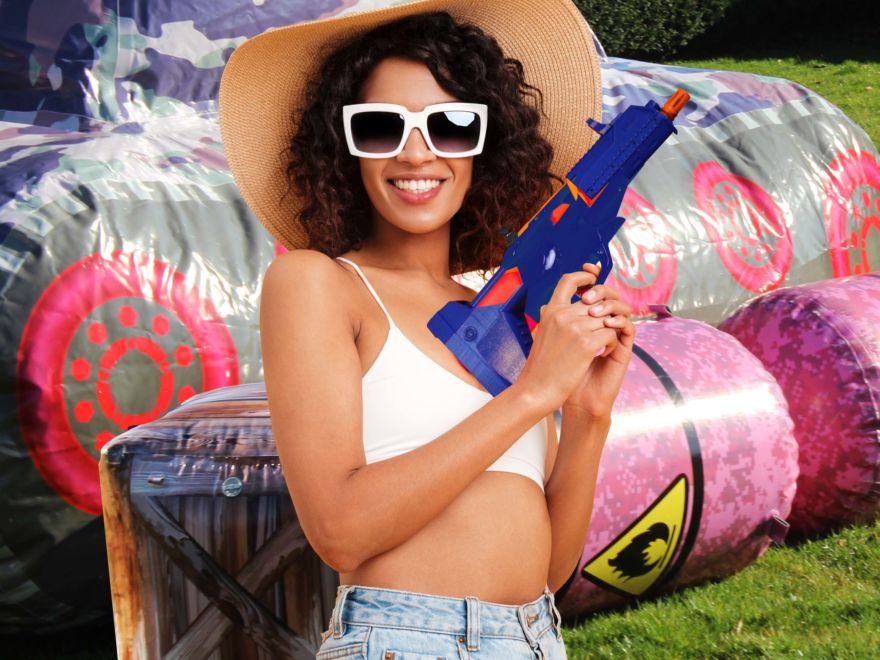 Wage war in one of the funniest ways with our Nerf gun games. Prepare to lock n’ load as you head out into a fun inflatable arena like a bunch of big kids and shoot your enemies. You’ll have war paint smudged across your face like a true warrior and be armed to the teeth with Nerf weaponry with the power to make your enemies flee behind the barricades or surrender to your pure wrath.

Grab your weapons, aim and fire in the most hilarious firefight you’ll ever have with your friends with the Nerf war for groups activity. The venue will be transformed into a giant inflatable battle arena where there’ll be plenty to run between and hide behind.