Game of Thrones Winterfell Tour Stag Do in Belfast 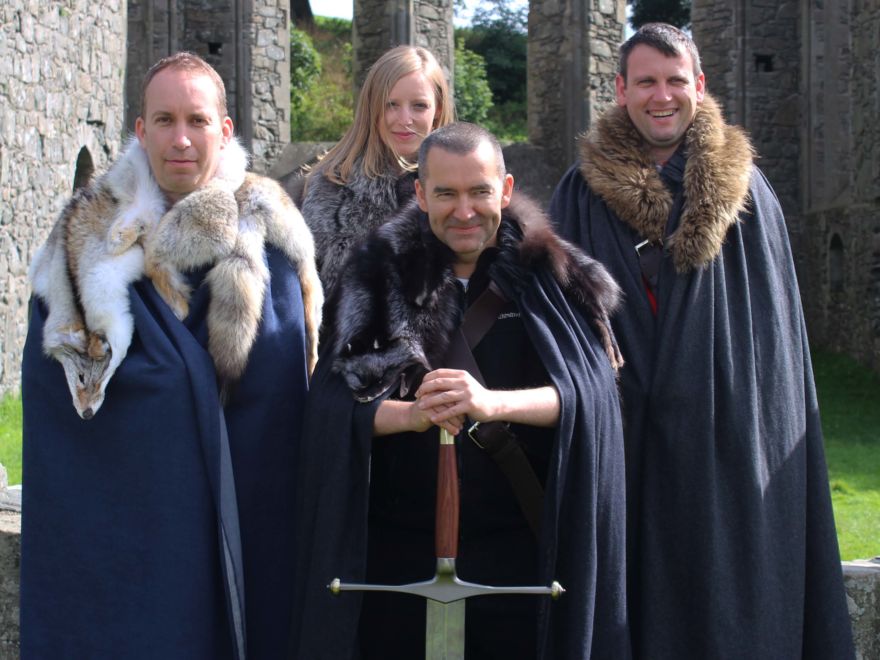 What Happens on a Belfast Game of Thrones Winterfell Tour Stag Do?

Winter is coming! So round up the lads for your stag do in Belfast and head to the Game of Thrones Winterfell Tour. This fully guided tour will take you around ionic film locations seen in the hit series, such as King Robb’s Camp, Tollymore Forest and the set for Winterfell Castle. Of course you will be dressed like the Starks to do so, with thick cloaks, replica weapons and flags. The guide on hand has appeared in the show previously, so they have all the insider gossip and knowledge to share with you on the day. To round off the tour, you and the lads will get to meet Odin and Thor, the real dogs who starred as the Starks’ direwolves!