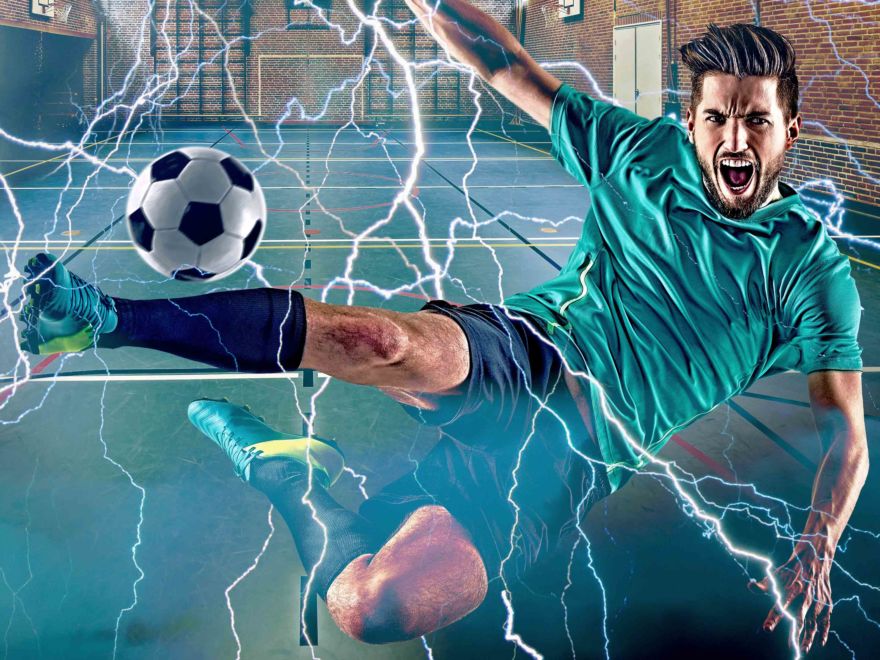 Chester is the location of Funktion HQ and you can take it from us when we say it’s the place to be for an unforgettable birthday party. It’s not the biggest city but that doesn’t stop it from being jam-packed full of exciting birthday party activities like electric shock football!

The Chester electric shock football birthday party is a totally unique and totally hilarious birthday party activity unlike anything else you’ve ever played before. It’s your traditional game of 5-a-side but with one game changing twist: all the players have shockers wrapped around their legs! Two people from either team sit aside in control of the buzzers. At any moment, maybe when you’re about to take a free kick or a throw in, the buzzer may be activated and turn your legs to jelly!

No one is safe from the shockers, not even the ref! Don’t worry though, you’ll get your shot at revenge soon enough as the players and shockers rotate, meaning everyone gets a go at controlling these dastardly devices. As well as 5-a-side you’ll also be playing a few fun mini-games. These games add a ton of fun and variety to the day. The event is fully co-ordinated and the venue hire is included, saving you a world of hassle and letting you focus on the fun stuff.

The Chester electric shock birthday party is a fresh new idea and makes for hilarious, chaotic fun. It doesn’t matter how good at football you are; everyone is on a level playing field with a shocker around their leg. This means absolutely anyone can jump in and get involved with this awesome birthday party activity. Best of all, the winning team get to take home a lovely bottle of bubbly to celebrate their victory with!

Chester is a beautiful city with a variety of things to see and do, making it versatile enough for any birthday girl or guy to enjoy celebrating their special day here.