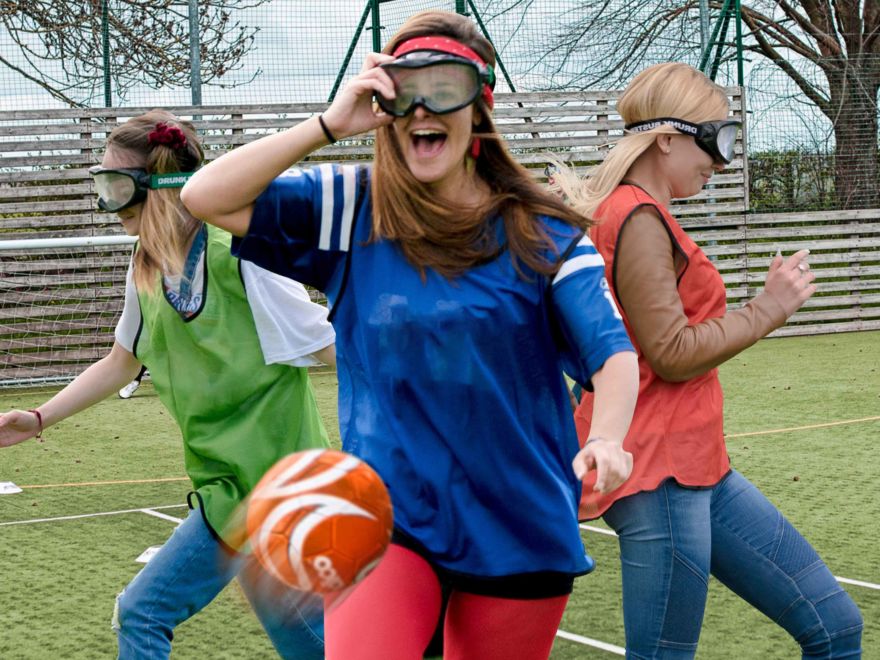 Nottingham is a city famous for its grand archi­tec­ture, beautiful surroundings and Robin Hood’s Sherwood forest. Why not leap into this scenic city and give the hilarious binocular football a go at the centre of it all and compete with your fellow guests while wearing special binocular-style football goggles in a game of footy. It’s as hard as it sounds with everything you see being further or closer away than it really is. It’s as funny spectating as it is taking part, seeing your friends kick the thin air believing it’s a winning shot. You’ll be falling over your own and your mate’s feet, bashing into things and totally laughing at how wrong that goal attempt went. Come on down for a binocular football hen party in Nottingham.