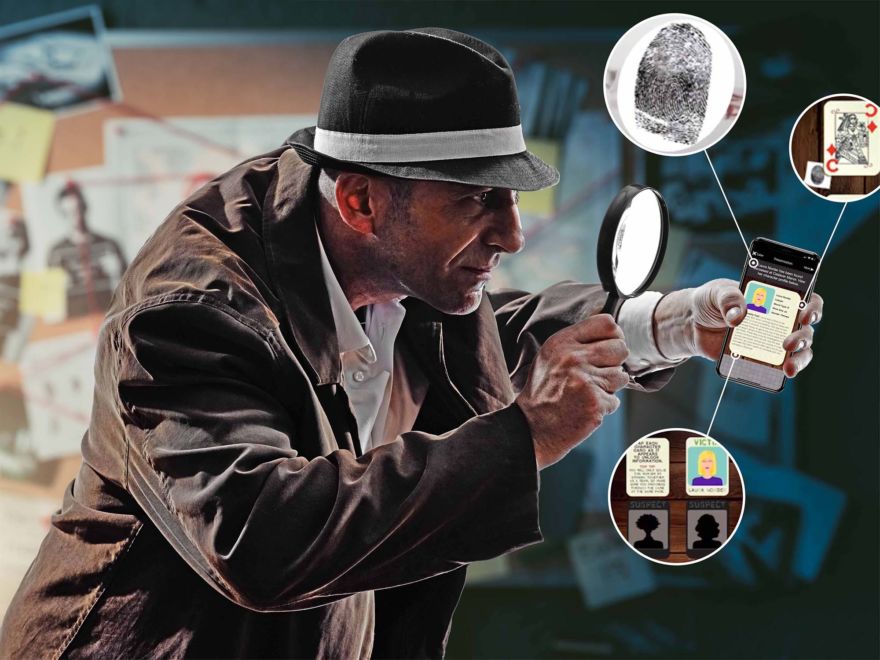 What to Expect from the Virtual Murder Mystery Team Building Event?

Start with an intense briefing from your online host who will set the crime scene and give plenty of information about the murder in your chosen theme.  We’ll split your group into smaller teams who will have 60 minutes gameplay to investigate, read profiles of suspects, tap on objects, find evidence and piece together the crime throughout the different rooms stages of the inves­tiga­tion. Three different but great storylines that will have everyone involved and entertained.

You can choose from three different virtual murder mystery experiences for your event, both with the same structure but differing storylines.

Choose one option below:

Similar to a game of Cluedo, the Manor House Murder is a classic case of “Who Done It” in which your staff members will be the detectives. Our remote event manager will provide each group with a floor plan of Cadaver Manor and witness cards to help you find out who murdered inter­nati­onally renowned lawyer, Laura Norder. Your groups will need to work together to rule out each “witness” and capture the killer before they leave the manor for good!

Option 2 - Murder of the Train

A pristine train travelling from Paris to Constan­ti­nople in the 1920s is the background of a shocking, grizzly murder! Your crew of detectives will board the train at Belgrade to start the inves­tiga­tion into who murdered the victim somewhere between Budapest and Belgrade. Gather evidence, clues and witness statements from other passengers before the murderer strikes again onboard.

Option 3 - Murder on the Slopes (Festive)

While holiday makers take on the slopes, you're tasked with a gritty murder inves­tiga­tion with the clock ticking! Work together with your crew of inves­tigators to sift through witness reports and hidden clues in the snowy setting. Will you be able to find the murderous culprit before your time runs out? There is more information on the Virtual Murder on the Slopes activity.

What is the aim of the Virtual Murder Mystery?

The aim of the game is simple; piece together the evidence, catch a killer and solve the crime, all before you run out of time.

How Does the Virtual Murder Mystery Online Work?

The remote host starts with a virtual briefing explaining the background and setting the mood. Teams will then be confronted with a sequence of witness cards and a details depending on your chosen mystery theme.

From there, each participant will be able to use a simple app on their smartphone device to search for clues, challenges, and evidence by tapping on objects. Search the many different rooms and click on the witness cards to uncover more evidence.

Why do an online Murder Mystery game?

It’s a brilliant alternative to face to face events. People and workplaces can connect remotely across the UK and throughout the world to participate. Any size group can take part in the virtual murder mystery game which makes it ideal as a team building activity.

Its highly engaging and helps to develop many soft skills such as commu­nica­tion, teamwork and problem solving.

What do we need to take part?

A stable internet connection, a laptop or desktop computer on which to join the Zoom conference call and either a smartphone or tablet device on which to download the app and join the activity.

We recommend Zoom for the best experience - See the benefits of using zoom here.
We can use other platforms like MS Teams but it requires some work from you - read here

The game supports most iOS and Android phones or tablets running:

How long does the Online Murder Mystery game last for?

The total duration of the game is 90 minutes which includes a 15 mins briefing, 60mins gameplay and 15mins wrap up session.

15mins - We'll brief you as one large group

60mins - Then split you into smaller, more manageable teams for the gameplay

15mins - We'll bring you all back together for the wrap up

Yes, it is. We can facilitate groups up to 250 in one session. For groups 250+ please contact us to discuss the requ­ire­ments.­  We will find a way to make it happen!­

Rating 5.0
Maria Gidley
26th August 2021
We did enjoy ourselves a lot, thank you for asking! Everything ran smoothly and the host was fantastic, thank you very much. It is likely we will be coming back to you for some events in the future!
Rating 5.0
Conor Coady
22nd July 2021
The event went very well thank you! We really enjoyed the evening and I got great feedback from the team.
Thank you!
Rating 5.0
Roma Annan
30th June 2021
I can confirm that the event went very well and we were happy with the booking service we received. Our team enjoyed the murder mystery and found the host to be very interactive. Thank you once again for your assistance with helping us organise our team event.
Rating 5.0
Maku Obuobi
24th June 2021
We enjoyed the murder mystery event - and it got our competitive juices flowing!
Rating 5.0
Neil Hart
11th June 2021
Everything went well and people really enjoyed it. Thanks again.
Rating 5.0
Adam Downer
11th June 2021
Everything went well! The host was very good at running the event.
Rating 5.0
Georgia Stanton
21st May 2021
All went smoothly and we had good feedback from the parti­cipants. Thanks for setting up and hosting!
Rating 5.0
Sarah Atkinson
18th May 2021
We really enjoyed your session with us
The feedback was excellent. Hoping we can book you in for something else in the future.

Thank you
Rating 5.0
Louise Cook
8th April 2021
It was lots of fun thanks we enjoyed it. Will bear you guys in mind for the future.
Rating 5.0
Marilena Coletto
25th March 2021
Everyone had a great time with the murder mystery event.
It went very smoothly!
Read more/Collapse