Welsh Games Stag Do in Swansea 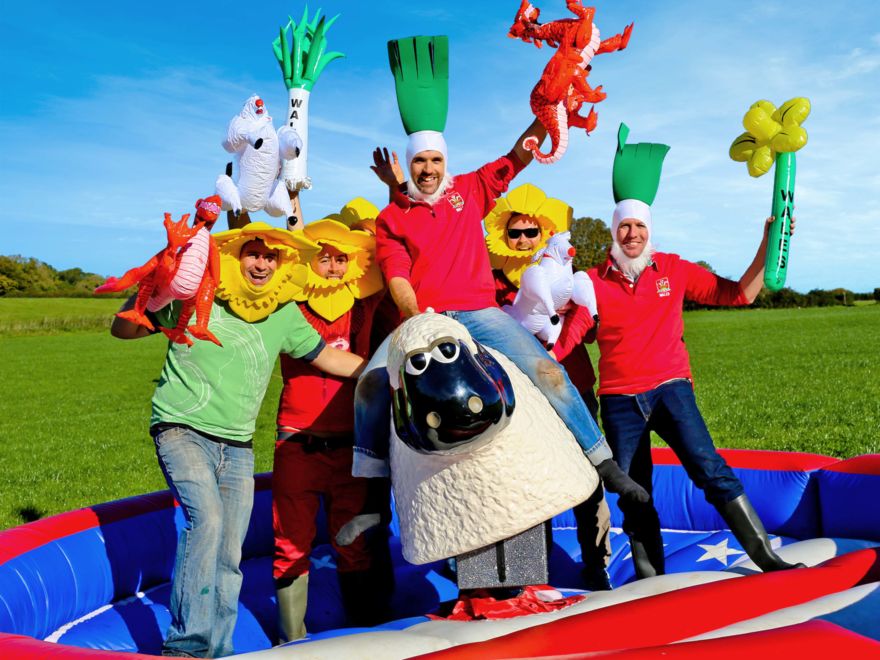 A stag party in the South of Wales wouldn’t be complete without the wacky and wonderful Welsh games stag do in Swansea. This event is definitely one for the books, offering a 2-3 hour experience that all the lads can get stuck into. All you need to worry about is bringing some old clothes and a sense of competition, and the rest is done for you by your very own events co-ordinator. From a classic Rugby Run to the opportunity of duffing up Daffyd, the Welsh games stag party doesn’t leave much to the imagination.

Stag parties in Wales are hugely underrated, and a premium example of this is the hilarious, action-packed Welsh games stag do! This totally wacky experience is jam-packed full of energetic fun, offering you and the lads an afternoon to get down and dirty and inspire a bit of friendly competition into the stag weekend. Bounce, jump and dive onto huge inflatables as you and your team try your best to beat the rest in a selection of 9 different Welsh themed games, in order to take the prize and be crowned the winners by the end of the day.

Rugby Run – Have you got what it takes to try, try and try again? Do your best to outrun the giant tackling bungees to the end of this rugby run, or face being yanked back to the start!

Miner's Shower - After a hard shift down the pit a chance for the stag to have a seat, answer a few questions and take a relaxing shower...unless they answer everything right!