Goofy Games Stag Do in Bristol 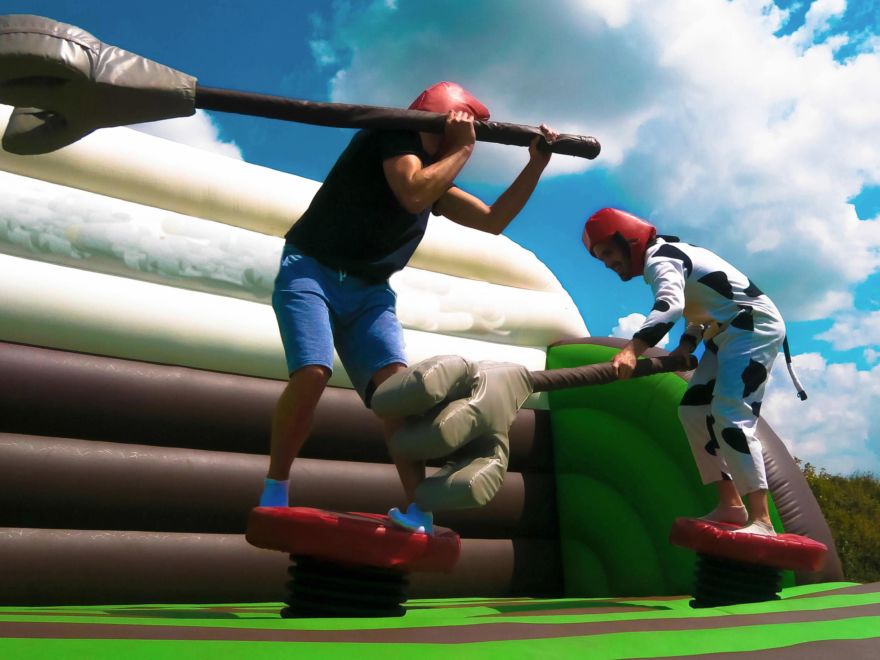 It doesn’t get more hilarious and wacky than the goofy games stag do in Bristol, so if you’re looking for a good time doing something completely new, this will be perfect! Put on your old clothes and really get stuck in for the activity, offering a huge variety of funny games that will have everyone in fits of giggles. Fancy dress is heavily encouraged for this goofy games stag do in Bristol experience, and the more the merrier as you conquer these huge inflatable games.

This event comes complete with everything you need to have an unforgettable experience, so your day is full of fun and stress free. The games include a challenging cider run, a ridiculous pitch fork duel, and even some Vicky Pollard themed handbag combat! You won’t have an experience like the goofy games stag do in Bristol, and with 2-3 hours of the activity to enjoy you’re sure to try everything there is to offer.

Pitch Fork Duel - Battle against fellow stags with inflatable pitchforks and test your balance while trying to wipe them off their podium!

Farmer's Shower - This one is of course optional – Place your stag in the 'Tractor Seat of Truth' and ask hiim a selection of questions, wedding themed or not. The end result is up to you... will your groom end the day covered in the dirty ditch water or be saved?